Sensei Daniel Trifu shared the news on his Facebook profile:

Shihan Antonio Piñero, 8th Dan, the chairman of the Kyokushin World Federation was the guest of honor at Trifu Dojo in house tournament. 114 Kids took part in this event. Some didn’t last the full day but what a mammoth task to become COMPETITORS. Respect to you all for making it happen. Very few people can say they’ve competed in a martial arts event. The tournaments purpose was PARTICIPATION. Every student received at least a participation trophy with each age group receiving an overall grand champion title. We had students as young as three competing this time.

Congrats to our little wonder girl that won the 3 year old grand champion title. The three year old were fantastic , all of them. The sword fighting in particular was impressive.

Our talent recruiting team kept an eye on the future champions and now we can focus on getting them ready for the external tournaments.

After lunch the battle for the big trophies started with very competitive bouts in non contact and contact.

The kata divisions were also amazing with four divisions available and big trophies. Three of the divisions were won by our amazing girls. Ava Mccann was not there this time but she will be proud of her contribution in the “power girl” culture in our dojo.

Considering that we also had some great opposition for “what’s my priority today” with the Mayweather vs Mc Gregor fight happening at the same time I must say that we are very impressed by the commitment from everyone!

Thank you to all involved and in particular to our instructors and helpers on the day.

We are very humbled by the support we receive from our parents. Thank you , thank you! Also thank you for trusting the process and trusting us and our team.

Special thanks to Michael Parkinson taking on the hardest job , that of the “BBQ Master”.

Thank you Trifu Dojo community for a fantastic day! 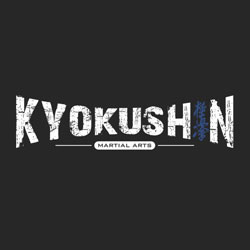